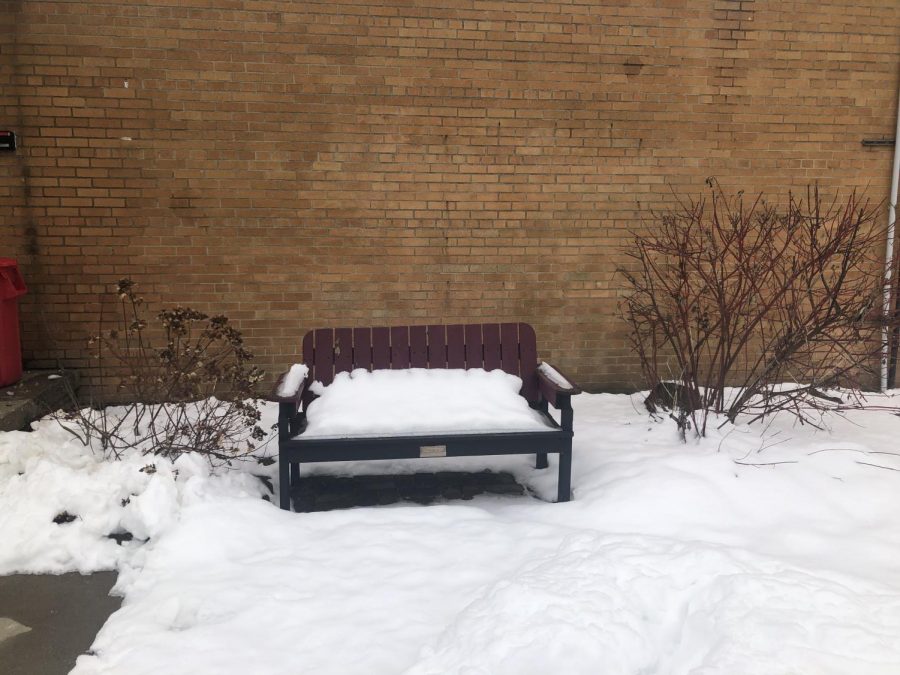 How most of us feel this time of year.

Today, the sun will set before 6:00 PM; the long summer days where the sun is up until 9 seem so far away. For some people, this is the happiest time of the year: cuddling cozily by the fire, drinking hot chocolate while the snow falls outside, staying in while watching movies all day and spending time with family. It seems as though some people just can’t wait for the winter season.

But for others, the frigid darkness of the snowy months brings feelings of anguish and hopelessness through a disorder known as seasonal affective disorder, and it’s much more common than you think.

Seasonal affective disorder, also known as S.A.D., is a mood disorder characterized by depression and is usually self-diagnosable. It occurs at this time every year, beginning in the fall and carrying on through the winter as a result of the seasonal transition and a reduced level of sunlight. Symptoms of fatigue and depression persist throughout these long, gloomy months―sometimes it seems like it will never end. People who suffer from any degree of this disorder feel hopeless as the days seem to repeat themselves over and over. They feel exhausted and run down throughout the entirety of the winter season.

Chardon senior Jena Goodwin described how participating in a very time-consuming winter sport―swimming―and having a stressful schedule exacerbates these symptoms.

“I go to school, and it’s dark; I get out of practice and it’s dark again, then I go home and do my homework and go to bed and that’s all I can do,” said Goodwin.

There are a lot of factors that can increase one’s risk of experiencing seasonal affective disorder, such as family history. But living far from the equator―in places like Chardon, Ohio―plays a huge role in the people S.A.D. can affect, which is why it is probably more common in your peers than you think.

“I believe there is a lot [of people affected by this disorder] right here at school,” said Blackburn.

Seasonal affective disorder causes its victims a great deal of mental and physical exhaustion and pain. Be aware of the signs: people dealing with this disorder will start to isolate themselves and fall behind in school, and they may start to experience other mental disorders (i.e. anxiety or eating disorders). These people also tend to display careless behavior by putting themselves in high-risk situations. To a certain degree, suicidal thoughts may even persist. While the disorder is obviously difficult for those dealing with it, it is also hard to be on the outside looking in on someone you care about going through it.

“You feel helpless because there’s nothing you can do; you can’t control the weather for them,” said 50-year-old Jennifer Evans, mother of three from Chardon, Ohio.

“We need to take advantage of every sunny day we get here in Cleveland,” said Blackburn. She suggested many ways to reduce the extremity of S.A.D. symptoms if you think you or someone you know may be suffering from this disorder. “Light therapy can be very effective.” Light therapy mimics the sunlight (people sit very close to a “happy light”), which helps the body’s vitamin D deficiency during this dark time of the year; research shows that light therapy is most effective through one’s eyes and implies that tanning beds aren’t very effective when treating S.A.D. There are other ways to supplement vitamin D too, such as through the foods you eat (i.e. fatty fish and orange juice) or simply by taking a vitamin D pill. People might also find peace in using mind-body techniques, such as meditation, yoga, or music/art therapy. Getting outside and exercising more can also improve your mood. You can even talk to a doctor about taking medication and creating a plan for yourself. “It’s hard to stay motivated―keep a routine. I even notice I fall behind on things I’d be getting done if it were sunny outside,” said Blackburn. It is important to learn how to manage stress and remember that the pain is only temporary; stay active throughout winter and stick to a routine.

It is very critical to be aware of S.A.D. (especially in cities that experience all four seasons) and the way it affects people so that you can be aware of its signs in you as well as those around you. No temporary disorder is worth losing someone you love, especially during the coldest and darkest time of year.