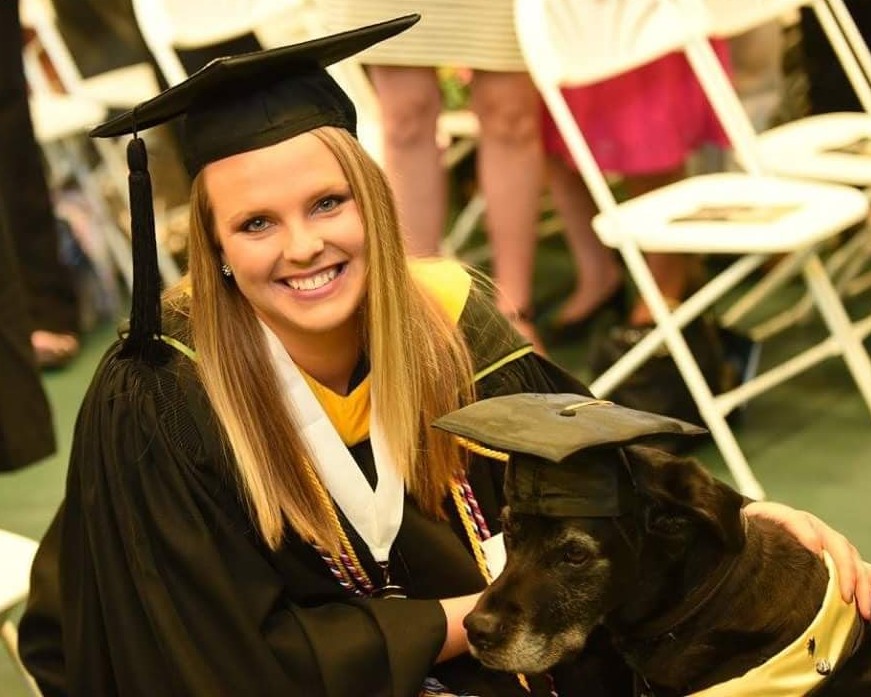 By her junior year at Henry Ford II High School in Sterling Heights, Michigan, CHS math teacher Megan Wessels had already enlisted in the Army, where she would actively serve for five years. After leaving and moving to Painesville, Ohio to attend Lake Erie College, she felt a change. Her military experiences left her with physical and mental trauma. She sought out help from Veteren’s Affairs, but a treatment plan of medications had sometimes debilitating side effects, so she turned to another option: service dogs.

Training service animals wasn’t exactly a foreign concept to Wessels. She had experience from a young age, training support puppies for “Leader Dogs for the Blind,” an organization introduced to her by her mother. In this position, she trained puppies 15 month periods at a time.

With help from a trainer she was able to find and train her first service dog, Bailey. At the time, Bailey wasn’t exactly the perfect candidate for training: she was a rescued 7-year-old Boxer-Golden. Most service animals are purebred and start training as puppies. Despite her age, Bailey and Wessels bonded quickly anyway. Training can take multiple years, and Wessels balanced that process with classes at Lake Erie College.

After multiple years of training, Bailey has a long list of distress-relieving abilities that can help Wessles before a negative reaction occurs. Bailey can detect Wessels’ respiration, sweat and heart rate to help remove her from a stressful situation. as well wake her from night terrors. Bailey will quite literally “watch her back” and warn her if someone is coming by, all while helping her balance with her back injury.

As a teacher, Wessels discovered that many employers have a hard time understanding her situation. This sometimes would lead to schools turning her away, an occurrence Wessels believes comes from a lack of understanding.  The service animal industry is often over-represented by people who are using the service animal designation as an excuse to take their dogs into public. Wessels doesn’t display a visible disability and has to often deal with being lumped into that group.

While it’s unfair for schools to judge an employee over whether or not they have a service animal, it has helped in weeding out the places that aren’t as understanding and welcoming.

“I didn’t want to be somewhere that didn’t want me,” Wessels said. Her experience at CHS has been much more positive, as most students and teachers are understanding.

“I liked how she was more of a friendly figure then authoritative,” said senior Shannon McFaul.  “I felt like I could ask for help without being judged”

Bailey is 15 years old now and Wessels is in the process of training a new service dog, a golden retriever named Lucy. She’s also starting the process of becoming a registered trainer at the CATCH Canine Trainers University.