Amidst Uncertainty, Topper and Tager Grow Through Season 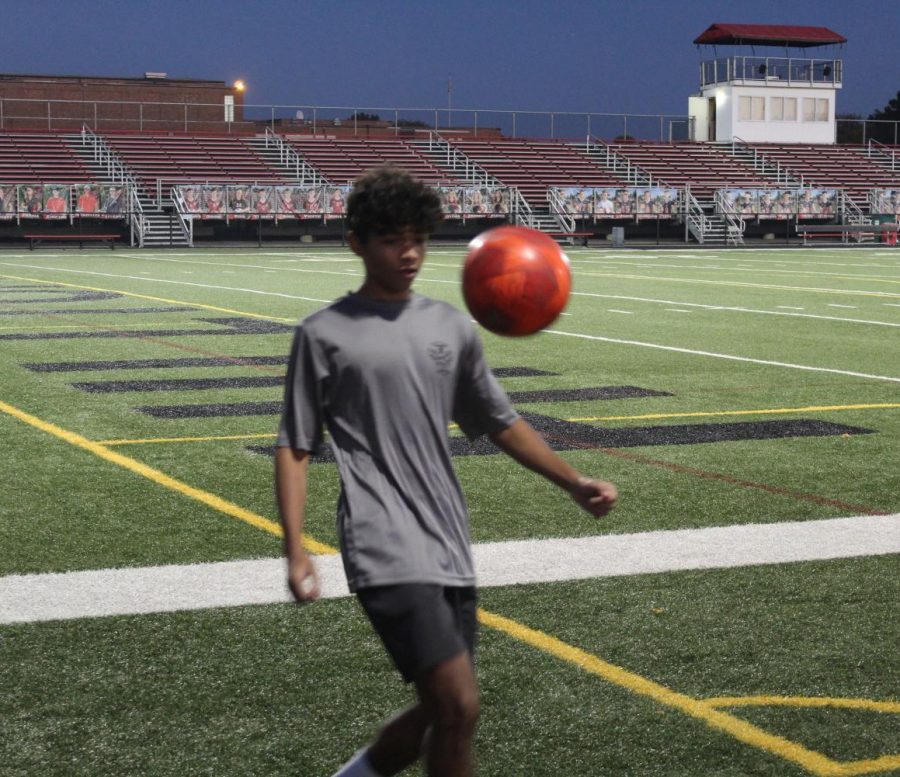 Chardon Memorial Field’s lights slowly flicker on, welcoming the Hilltopper Boys Soccer Team after a season of uncertainty. Regardless, sixteen takes the field and does what he does best: slashes through his opponents, speeds past all players, sets up his shot, and goal.

Number sixteen is sophomore Sam Tager, who scored a top one-hundred spot in the nation for Max Preps 2020 National Fall Stat Leaders. The prestigious list shows stats such as goals, assists, games played, minutes, shots taken, and steals. Several college scouts check these lists to find their next college soccer star.  Left-forward Tager, fifteen, made the list out of all varsity soccer players in the U.S.

“I thought there might be a chance I could be ranked,” said Tager. “I played well over the summer so hopefully I will keep improving for my last two years.”

“It’s been pretty nice coaching Sam this season especially since he is a lefty,”said Toppers Coach Mike Smith. “Lefties are hard to come by in soccer and especially one that is attack- minded like Sam.”

Smith knew Sam Tager had high potential but with the pandemic occurring it was hard to gauge players ability with not much frequent off-season practice.

“The team currently has two wins, ten losses, and one tie,” said Smith. “We have made vast improvements since last year, we have played closer games and really geared it up.”

“The team has had a rough start to the year but everyone has improved from the start of the season,” said Tager.

Seniors, Pete Robie and Aj Sacerich, Chardon’s team captains, have been a big part in that change, as well as fostering Tager’s success. Tager says they have stepped up a lot this year and have done a great job being captains.

“It’s great to play with Sam,” said Junior Chris Gehrke from defense. “Our offense struggled with scoring last season and he has made a big difference…Sam plays as if he is older than a sophomore.” His leadership provides a great example to his classmates, he added.

Through eight games the Toppers surpassed last year’s number of goals scored, and they are already looking forward to next season.

“For a little place like Chardon, yeah it feels great to be recognized, ” said Tager.