Five student organizations hosted a food-friendly fundraiser that brought in $500 for charity. 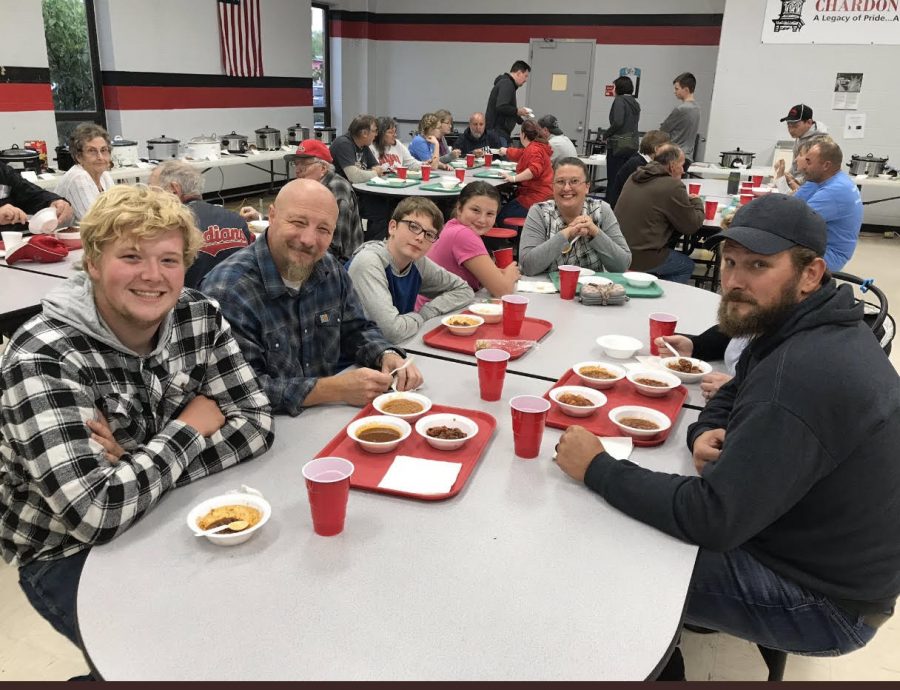 As the weather gets cooler, what is the best thing to warm you up? Chili.

Interact club, Chardon Rotary, Chardon Service Learning, AC4P, and the new Leardership class teamed up to host the 19th Annual Chili Cook Off on Friday, October 4th at 5:30 through 7:00 pm in the CHS cafeteria. Students could partake of desserts, corn bread, and all- you-could-eat chili, all for a $5.00 ticket.

The Cook Off took place right before Friday night football, where the Hilltoppers faced off against Brush High School. It was also the day Chardon hosted Hall of Fame Night. . Chili-makers got in for free, and had the chance to win an array of prizes. All money was donated to Project Hope for the Homeless and the Su Casa Catholic Worker Foundation. The Cook Off raised over $500 for the charities.

Every year the two clubs find a different foundation to raise money for. In the past, they have raised money for 9/11, the homeless, and Wounded Warriors.

“This year we have more ‘momentum and steam’” CHS principal Mr. Murray said, referencing the many steaming crock pots of homemade chili. This year the Interact Club put all of their strength into marketing the Cook Off. Club members spread the word faster and over a wider area than years prior.

”This year will be a good year,” said assistant principal and first-time contestant Mr. Higham.

Staff and students acknowledge limitations about the current cafeteria space where the Cook Off was held. Mr. Murray said that he hopes for a new school building to facilitate educational and fundraising experiences like the Chili Cook Off,  but without the threat of overloading the power grid while trying to cook 10 different chilis at one time. Despite these capacity problems,Murray said that students, staff, and community members worked together to make this event happen.

There were three categories to enter: students, educators, and adults.

Hope you made it to the Cook Off, but If you missed out or are still hungry for chili, Interact Club will see you next year.