Elijah’s Weird News: Fall Fair Used To Be The Norm

The Echo's own Elijah Morris unpacks some of the area's weird history. 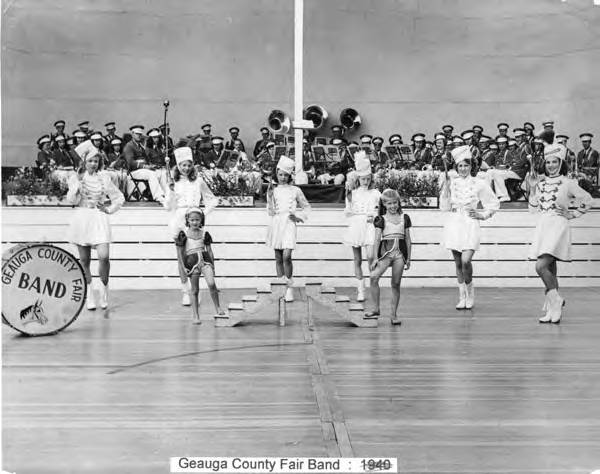 The Geauga County Fair will be around  200 years old this year, and took place on October 23rd.

Wait. What? It isn’t anymore? Huh. Who knew.

In any case, the Geauga County Fair has quite a long history and dates back to the 1800’s; in the time since, there have been many changes,  along with a confusing change in date for some reason, from the end of October to the current end of August.

The Geauga County Fair was started as a County Agriculture and Manufacturing Society in 1823 by Geauga’s first pioneers. The Monroe Doctrine was also being worked on at the same by our fifth president James Monroe. The first few fairs were rather simplistic as just being Cattle Show held on October 23, 1823. It lasted only for one day back then. The next fairs installed rail pens for showing other livestock along with other agricultural goods being shown in old log courthouses.

The Geauga County Fair also didn’t just stay in Geauga. It alternated between Burton and Chardon, even once being in Painesville, prior to the formation of Lake County,which separated from Geauga County in 1840. During the first Geauga fair which was stated started in  October 23, 1823 was the Fair and Cattle show. Premiums were awarded for the best exhibits in each class, among them were awards for the best: bull-10$ to Eleazer Hickox;heifer-$8 to Edward Paine; buck-$6 to Lemuel Punderson Administrator.

Of course there have been changes over the years. They have gained more food items over time to keep the guest full and somewhat happy.

“I get two large bags of kettle corn[every year]” exclaimed Mr.Bartley. And that’s just one of the types of food you could get.  They now have a Demolition Derby,Rodeo, KDI Drag Racing as live events for those that want to watch or to participate in if they are feeling lucky. They changed it to start on Sept 3rd, for reasons which still aren’t really explained. Who’s idea was it? Why? We don’t know. Was it because Halloween is in October? Probably not since we just skip  to Christmas which isn’t for another two months in stores and decorations in some places. So please, if any one can explain why the fair switched from a fall festival to a summertime tradition,  let me know!

Well that’s all so here’s hoping you learned something or at least found something interesting. All info found at https://www.geaugafair.com/.