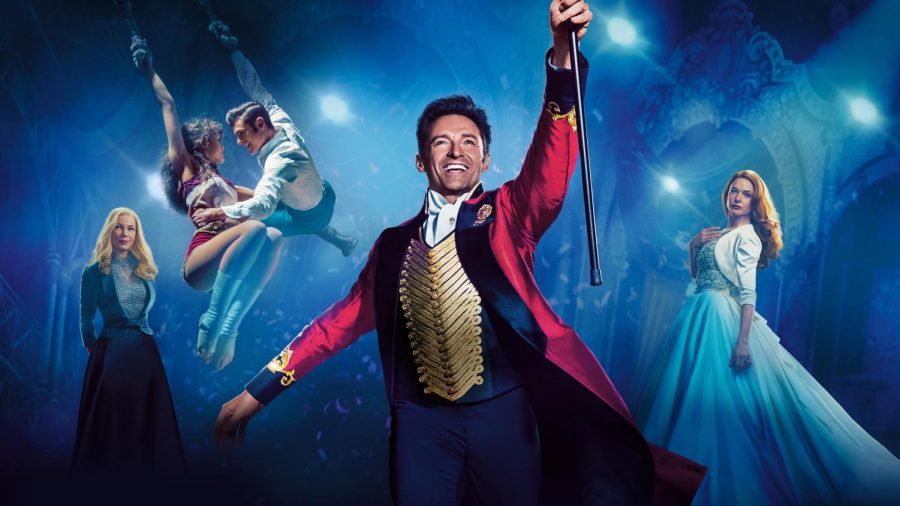 Ladies and Gents, this is the moment you’ve waited for.

This musical phenomenon was released on December 8th, 2017 and immediately had its fans in an uproar. It has defied the laws of the box office, contrary to most movies The Greatest Showman started off with a rather insignificant audience then graduating to make almost 130 million dollars (including foreign sales). From its alluring soundtrack to it’s riveting storyline, audiences were not left unsatisfied. The Greatest Showman, made to portray the life of P.T.Barnum, has continued to wow audiences. The rather rambunctious life of Barnum has had people guessing, is everything portrayed in this film the truth?

The Greatest Showman is an original musical that celebrates show business and tells of a man who arose from nothing to create a peculiar spectacle that became a worldwide sensation, making $10.45 million dollars. The film opens with a segment of Barnum surrounded by his circus troupe performing their beautiful opening number. We then see his circus fade away and view a young Barnum struggling as a tailor’s assistant to his father. They are working for a man who has a beautiful daughter named Charity with whom he becomes best friends with. Her father tells Barnum that he’s not allowed to have anything to do with her. He sends his daughter away to a finishing school. Barnum’s father then dies and he is forced into a life of poverty.

Fast forward about 20 years and he is at the front door step of Charity’s home asking for her hand. They marry and have two kids, Barnum now works for a trading vessel company, but he gets fired and has to figure out how to support his family. He comes up with the idea to start a museum, a WAX museum. This idea goes bust until his daughters give him the idea of starting a museum with “living” things. He starts searching for unique persons to create his NEW museum, with the hope of trying to create “The Greatest Show.” after one show a critic comes to review and describes Barnum’s “museum” using a new name, a circus.

Barnum discovers that he wants to appeal to a higher, classier audience. He reaches out to an aristocrat named Philip Carlyle (Zac Efron), who eventually agrees to help boost the circus’ social rep. He falls in love with a African American trapeze artist named Anne (Zendaya). During this time period, interracial relationships were very much frowned upon, which causes tension and creates a very important underlying theme throughout the film.

Philip then introduces Barnum to an opera singer named Jenny Lind (Rebecca Ferguson), who catches Barnum’s eye immediately. He wants to add her into his show so that other aristocrats who weren’t so fond of his show will be intrigued. Jenny agrees to join Barnum’s show and in doing so, she successfully increases his aristocratic social rep. Jenny and Barnum go onto a tour to grow business and Barnum leaves Philip Carlyle in charge. Although Jenny Lind is a great attribute towards business, she starts to strike a fire at home causing Charity and Barnum’s daughters to feel neglected. When Barnum realizes that Jenny has started to grow feelings for him, he knows that he has to go home and let her finish her shows by herself. She is heartbroken at hearing that Barnum is leaving her, so as they take their final curtain call together, she KISSES him making sure that every newspaper gets a golden shot for their front page.

Unfortunately, as Barnum gets home there is a fight between protesters and Philip Carlyle, resulting in a protester burning down the circus building. Barnum hears of the fire and runs in to save Carlyle who has run in to try and save Anne, but Anne was just out back not in the fire!! The building COLLAPSES and the whole town (and movie theatre) goes into panic thinking that Barnum has burned into the great beyond. Barnum then runs out with Carlyle in his arms, blistered and barely hanging on. He is sent to a hospital in critical condition where Anne stays by his side until he wakes up.

Barnum sulks outside of his burned down museum as the critic who once described his show as a “circus,” tells him from the bottom of his heart that a another critic may have called his show “a celebration of humanity.” *CUE TEARS* He then shows Barnum the front page of the local newspaper, explaining a scandal between him and Jenny. He has to go to his home and beg Charity for forgiveness but it’s already too late. She’s left him because he’s abandoned her and their dream. Barnum goes to a bar to gloat and everyone in his circus comes to comfort him and tell him that they don’t know where they’d be without him. Barnum then realizes that he’s lost his way, and needs to focus on his original dream, of making the world a better place and being the best father ever.

The movie ends in triumph as Barnum rides an elephant to his daughter’s ballet recital.

Using Hugh Jackman as their Barnum made him seem young during the process of him starting up his circus, but in reality he was 60 years old when he actually created his circus. For 24 years Barnum was the owner of Barnum’s American (Wax) Museum, located on the corner of Broadway and Ann Street in New York City. Sadly, his wax museum was burned down in 1865. He partnered up with several men to create the “Greatest Traveling Show on Earth,” eventually taking full control of the circus in 1875.

Both women and MEN left the theatre in awe of the romanticly frustrating story of Phillip Carlyle (Zac Efron) and Anne Wheeler (Zendaya). Unfortunately, these two characters were just that, fictional characters. Their heartbreaking love added just enough drama to the story of the greatest showman, and their duet “Rewrite the Stars” left the audience swimming in tears.

Jenny Lind (Rebecca Ferguson). Everyone hates her, but you feel so sorry for her because the director’s just happened to give her the most agonizing love song (“Never Enough”). You’ll be happy to hear that P.T. Barnum never strayed from his beautiful wife Charity Barnum, (Played by Michelle Williams). Jenny Lind left on her own accord after not being comfortable with the intense advertising of her performances. She couldn’t live the celebrity life that Barnum had set out for her. She left the tour and found a new manager after 93 shows. She did however actually sing to collect money for charity: she donated $350,000 to the endowment of Swedish schools.

Now because there was never a romantic relationship between Jenny and Barnum, Charity (his wife) never actually left him. They lived a lovely and magical life and Barnum actually said that on the day he married charity, he “became the husband of one of the best women in the world.” After being married for 44 years, Charity passed away in 1873. A year later Barnum remarried, to a woman named Nancy Fish: They remained married until Barnum’s death in 1891.

The Barnum & Bailey Circus was closed on May 21st, 2017 after 146 years of making children of the world astounded by the magic and mysteriousness of the unique persons around them. It all started after years of animal abuse accusations. The beauty of this film is that they cannot only show the magic and triumph of Barnum’s Circus, but they can also find a way to dismiss the fact that hidden in their magic, there is a hint of narrative deception.

I leave you with one question; Is Phineas Taylor Barnum The Greatest Showman?